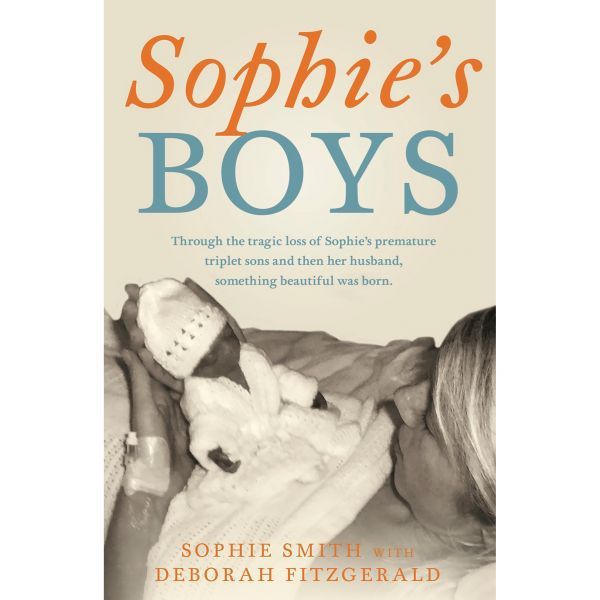 "When Sophie and Ash discovered they were expecting triplets, it was much more exciting than daunting.

But when Sophie went into labour at only 21 weeks, their world was turned upside down. Though they fought fiercely they could not escape tragedy. Tiny Henry lived for just one cherished hour, Evan for 10 days and Jasper was with them for only 58 days.

Heartbroken and back in her empty home, Sophie realised she could not allow herself to drown in her grief. On Ash’s advice, she began to run. Step by step she regained some equilibrium. She became determined to turn her agony into something positive. Gathering supporters around her, she founded the Running for Premature Babies Foundation to raise money for the hospital unit that had cared for her sons. In their first Sydney half marathon, the group raised $80,000.

Sophie and Ash had two more sons, Owen and Harvey, when tragedy revisited them. Ash was diagnosed with incurable brain cancer. Sophie was forced once again into a world of pain and grief, caring for her beloved husband as well as their two young boys. Together, the family faced the reality of death with courage and tenderness.

When Ash passed away in 2016, Sophie once again put one foot in front of the other, and ran. Not running from her pain, but towards something useful. Her charity, the Running for Premature Babies Foundation, has now raised well in excess of $2.5 million to help the thousands of premature babies born each year.

Beautifully written and disarmingly honest, Sophie’s Boys is an inspiring and life-affirming tale of an irrepressible spirit, who found strength in tragedy."