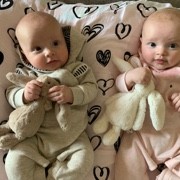 Running for our twinkles

For several months last year I called the Royal Hospital for Women home. After the twins arrived they spent almost one month in the NICU before we were able to bring them home. We will be forever indebted to the doctors and midwives for the support and care they provided to our family during this time. We made some wonderful friends and were inspired by the families we met, many of whom spent many months waiting to take their babies home.
In May, Luke and I will be taking part in a virtual run to help raise funds for the NICU, lifesaving neonatal equipment and research that gives critically ill and premature babies a better chance of survival.
The run happens to be just after my birthday. So this year in lieu of any gifts I am asking my family and friends to donate to Running for Premature Babies. We know times are tough, so any donation you can spare will be greatly appreciated.

By supporting our team you'll be raising funds to buy life-saving equipment and fund groundbreaking research that give critically ill and premature babies a better chance of survival.

Supporting you guys every step of the way! Love you all so much xxxx

We love you all! You guys had the looooongest pregnancy ever (I’m sure it felt that way more so for you!) great cause! Amazing people xx

Happy Birthday. Love you all xx

We can't wait to meet these gorgeous bubbas!! 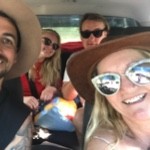