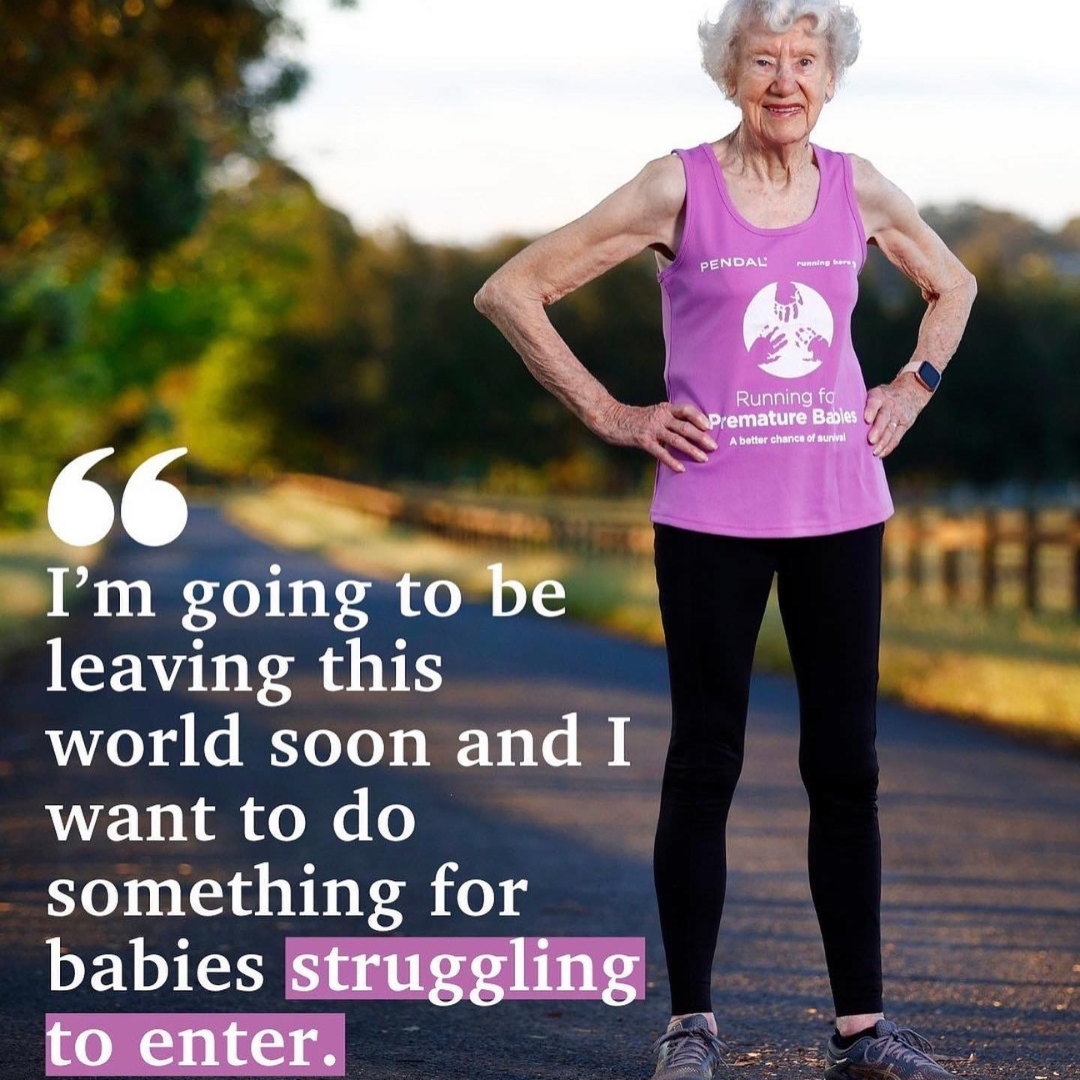 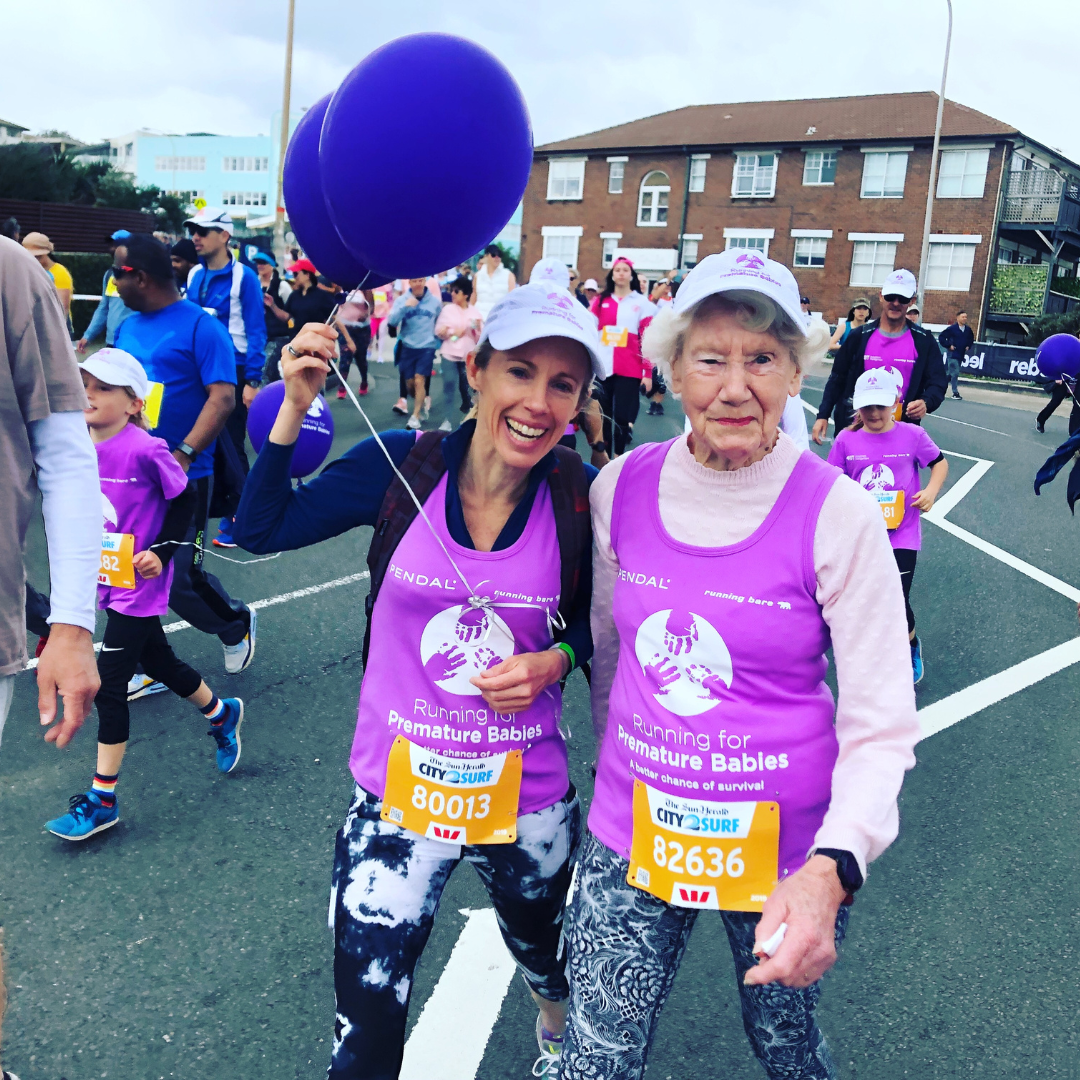 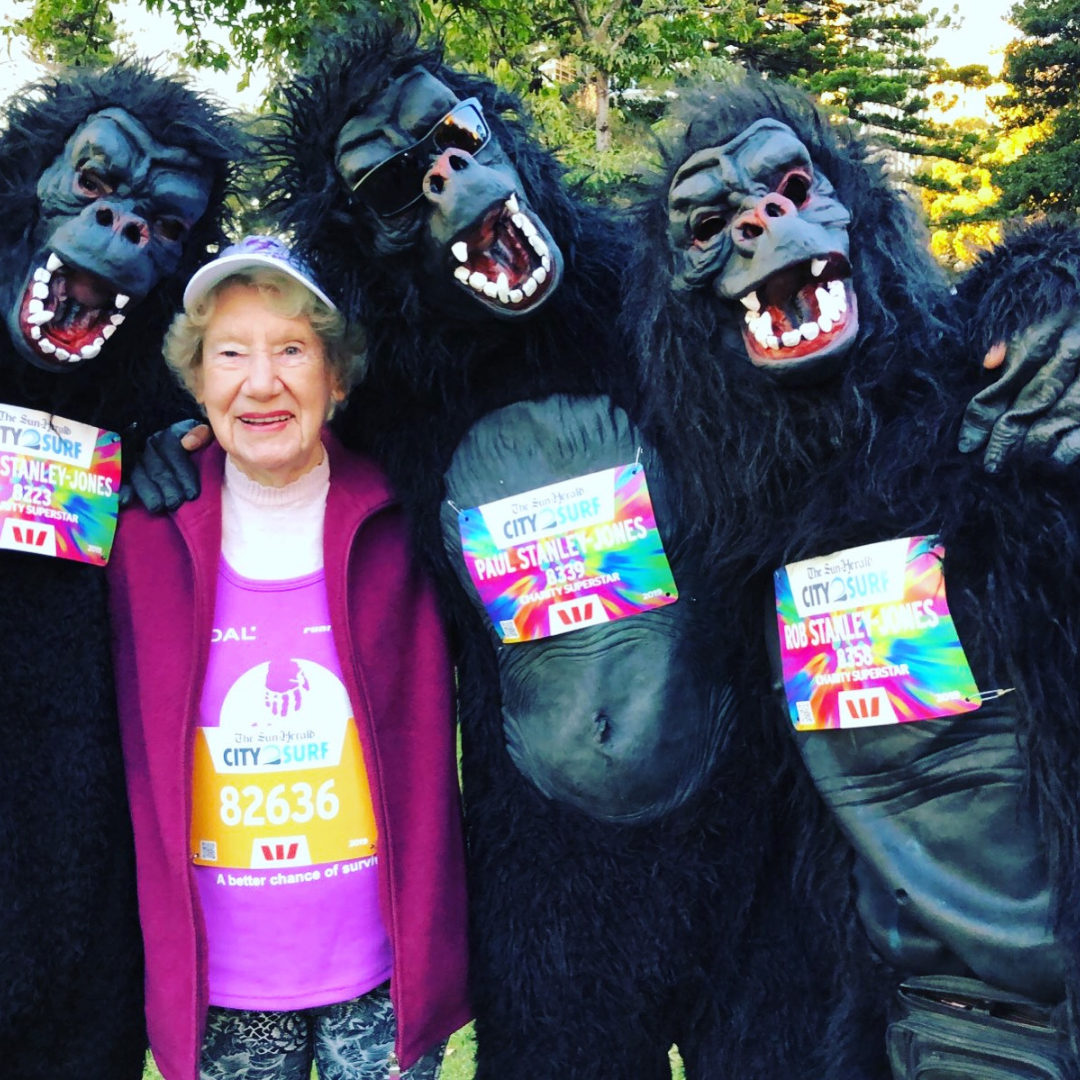 We are so excited to introduce our inaugural Running for Premature Babies Honorary Patron, Heather Lee OAM.

In 2014 Heather was awarded a Medal of the Order of Australia and in 2019 she was named the Senior Australian of the Year for NSW.

Heather has been a passionate supporter of our charity since meeting our Founder Sophie at the Australian of the Year awards in 2018, where both Heather and Sophie were named as 2019 NSW Australians of the Year – Heather as NSW Senior Australian of the Year and Sophie as NSW Local Hero. Since then Heather has joined Running for Premature Babies in the 2019 City2Surf, and the 2020, 2021 and 2022 Premmie Marathon Challenges. In 2021 Heather completed the Premmie Marathon Challenge 100km Ultra Marathon in six days, and in 2022 she completed the 200km Double Ultra Marathon within the month.

Heather is an inspiration to us all at Running for Premature Babies, inspiring our supporters to push themselves and take on our Premmie Marathon Challenge and other running challenges for our cause. Heather says, “I love challenges. Life’s a challenge for a start. Being older is a challenge. But age is no barrier to me. I love to have something to do, and to push myself to the limits. I want to know what I’m capable of, and I don’t know what I’m capable of because I haven’t reached that stage yet.”

Over the past four years Heather has appeared in print media and on national radio and TV on several occasions in support of our charity, including a live cross on Sunrise at the start of the 2019 City2Surf, as well as interviews on Sunrise, The Morning Show, ABC Radio, 2GB, and she was featured on the front page of the Daily Telegraph in November 2022.

In a masterstroke of fortuitous alignment Heather shares her birthday, 17 November, with World Prematurity Day. We are so moved by Heather’s words: “I’m going to be leaving this world soon and I want to do something for babies struggling to enter.”

Thank you Heather. We are so proud to name you our Honorary Patron. 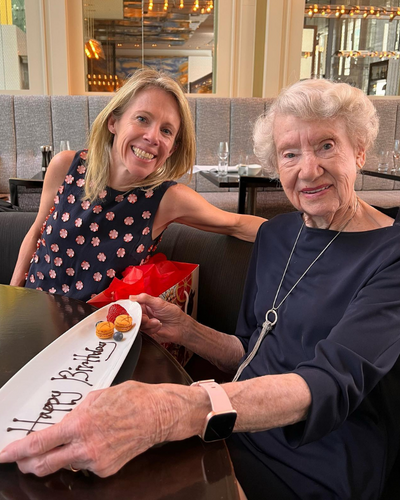 Heather on her 96th birthday, with Sophie 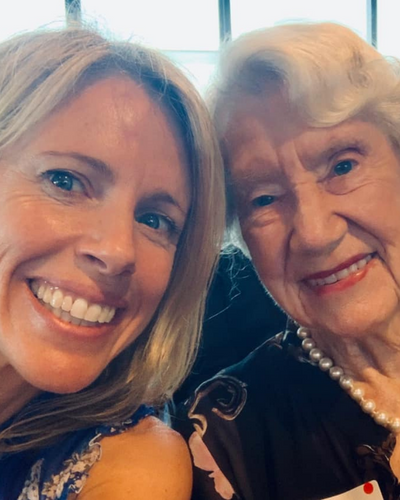 At the 2019 Australian of the year awards 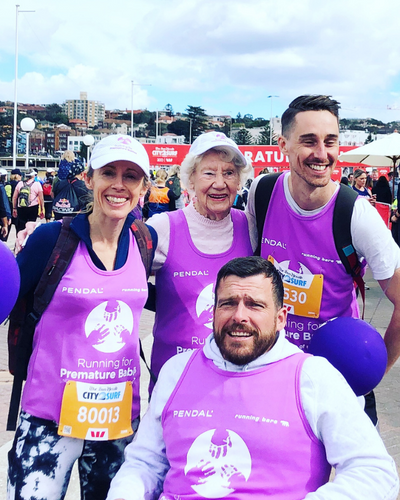 Heather and Sophie with Kurt Fearnly

Heather and Sophie walking together 2021

Heather on why she loves a challenge